We’re all preparing to buy our Netflix cards so we can enjoy what Netflix has to offer. But recently it seems that Netflix has been losing customers, mostly due to its price increase. So they’re experimenting with some new ideas to see how they can retain and gain new customers. Which is why it might be a good idea to try out this new mobile only streaming plan that they’ve developed.

What is this plan about?

You can still use your Netflix cards with this plan, but you’ll only be able to use it via a mobile connection or on a mobile phone. It will be cheaper, although there’s no real price description at this time. It’s basically the same Netflix that you know now, but limited to mobile 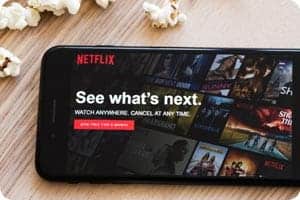 connectivity. And even if this might turn some people off, it’s still a really good way for people to use Netflix, especially in remote locations.

Up until this point, it was pretty much mandatory to have a TV in order to enjoy the upper pricing points of Netflix. What really makes this plan good is the fact that you can have access to a lower tier without having to pay a lot of money.

However, a major limit to keep in mind is that you’ll be limited to 480p. Since this is a phone based system, you won’t really see the difference, and it will definitely save bandwidth. A lot of people would prefer 720p, but at the end of the day Netflix chose this to make it easier on your data plan. And in case you’re looking for some other new apps for your phone that won’t take up too much space, check out Spotify’s new Spotify Lite app.

Is this active right now?

It’s important to note that this version of Netflix will be limited to India, at least for the time being. The idea is that they need to find a way to make this work and bring in more subscribers.

This plan makes a lot of sense for lots of customers. At the same time it also poses some challenges. There will obviously be people that just use Netflix on their phone anyways and want this cheaper version. If this plan turns out to be a success for Netflix, there’s probably a good chance they’ll expand this plan to other countries in the future.