Let’s face it, a lot of people were worried when Fortnite suddenly went offline for a few days recently. But it all was to prepare us for spending on some PSN cards and Xbox cards. Yes, Fortnite is now in its Chapter 2, and it actually has a new map as well as some other cool new features as well.

Why did the game do this?

They wanted to do something different as they do with every event. What really matters here is that they went with a new island which is wilder 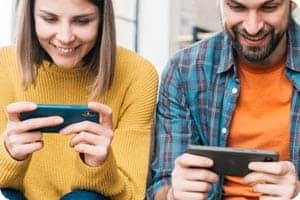 and definitely more untamed than its predecessor. There are less cities and urban locales. What you do have is lots of water, boats, not to mention you can also fish now. There are some other cool activities scattered all over the map. It’s definitely more rewarding and interesting, but also denser and larger when compared to the previous map.

Finally, we can swim

When it comes to Fortnite, a lot of people wanted to swim but the original map didn’t have that. Now the water is deeper and there’s more of it, so you do have swimming, pogo sticks as well as some really nice hover boats. These are all great additions because the game is less stale and you have some new ways to combat your enemies. They also brought in some new emotes, not to mention we have a common rocket launcher and a new semi automatic pistol.

Of course, we’ll need PSN cards and Xbox cards for the new Battle Pass. This is pretty much the same old stuff, with some new things like the blue blob creature skin and so on. They did include a system to help you get experience by doing stuff, which is actually not a bad idea at all. You can also acquire 1500 vbucks if you complete goals.

Overall, it’s safe to say that Fortnite did require some new content and this refresh is exactly what the doctor ordered. It’s actually quite fun. There’s so much new stuff that even Fortnite veterans are finding this refreshing and a great change of pace!