Getting the kind of entertainment you prefer is so easy today since there are several options available that can really cater to your requirements. One of the popular provisions is Hulu; this will allow you to stream US TV shows right after they air.

If you’re not from the US, and you have a Hulu US subscription, following the hottest TV series in the States (such as “The Walking Dead”) will definitely be made more convenient for you. There’s no need for you to wait for availability in your country, or for poor quality “recorded” versions to be shared on DailyMotion or YouTube (which are likely to be banned shortly after they’ve been uploaded).

Another advantage you get from having a Hulu US subscription is that this service offers current programming from networks including ABC, Fox, NBC, and the CW, as well as an array of cable networks. And like its competition, Netflix, it also has a vast library of earlier seasons of different TV shows.

It’s important to mention as well that Hulu specializes in particular genres.

If you’re looking for a really big selection of Japanese anime series, for example, Hulu has shows that have never even been heard of yet among some “otakus” (hardcore fan of anime and manga) in the US.

Hulu is supported on Chromecast and it’s available across different platforms; you can access it on your computer and on most compact mobile devices such as your tablet, smartphone, game consoles and set up boxes.

Hulu received a lot of flak for its great reliance on advertising.

Many were disappointed by the way the shows were often interrupted by video advertisements that they couldn’t skip. But there’s good news: The company already addressed this through its commercial-free subscription plan that is available for just $11.99 a month — no more video ads (which usually span two minutes each) interrupting your viewing. The company has also come up with another option for subscribers, which is the $7.99 plan; this plan limits the appearance of video ads, so there are significantly fewer commercials shown with this plan.

So, if you’re from abroad and you want to watch hit US TV shows on Hulu, you can easily get a subscription by purchasing Hulu gift cards online. The gift card will be delivered to your email straight after you’ve completed the purchase, and if you need help activating your subscription, customer support is available and they will guide you every step of the way. 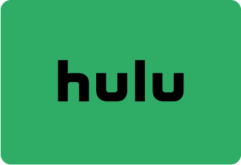