This next-gen of consoles has been quite an interesting thing for a lot of people. Being able to have both the Xbox One and the PlayStation 4 compete against each other has certainly been great for customers. Each console has different desirable characteristics, so you’ll have to decide which one will work best for you and your own unique gaming experience.

Great consoles with tons of value

Both the PS4 and the Xbox One have managed to bring in lots of value. The PS4 has sold very well, in fact it’s a solid best seller currently, and is one of the best sellers in console history. But it does have its fair share of downsides. One of them being that there’s no backwards compatibility. Xbox does allow you to play older games, PS4 does not, and that means you have to buy all new games for the PS4 since you can’t play any of the old games on it. That can certainly be inconvenient, to say the least. But PlayStation does do a good job of coming up with creative and impressive core ideas in order for you to have a great gaming experience.

The positive thing is that you can still use PlayStation and Xbox gift cards to get the games you want. There is no reason this would change in the future, which is nice to know. PlayStation does have some of the coolest exclusives out there, but Xbox isn’t too far behind. Still, the quality of many of PlayStation’s games is impressive, and that could be why a lot of people lean towards purchasing this particular console instead of the Xbox One.

A wonderful deal either way 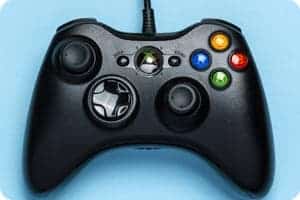 Xbox has a system that comes with a game pass, and for a small amount you get to play some awesome games. New games can be played immediately if you have a pass, and the cool thing is that you also have the opportunity to try games out without having to purchase them. PlayStation doesn’t offer anything like this, but as mentioned earlier, their user experience is noticeably better.

You can also play the games you bought on Windows on an Xbox One. Granted, it’s only for some Windows games, not all of them. But when you rarely have console exclusives on PC, this approach is a breath of fresh air.

Both Xbox One and PlayStation 4 are winners for different reasons. Remember that buying PlayStation gift cards gets you access to US digital merchandise and Xbox gift cards are always a fun gift for your gaming friends and family. At the end of the day, you have a plethora of cool games to play on each console. You simply have to weigh the pros and cons of each console to see which one fits your needs best.