We are ready to have a new Xbox in roughly 12 months, so preparing your Xbox cards is a great idea. It’s an important thing to consider, but then again there might be too many options which is why the Xbox bundles are back and are ready for the new Project Scarlett Xbox that will launch next year.

What does this mean?

Microsoft is not bringing back the Xbox All Access bundle for the holidays. This is a bundle splitting the cost of an Xbox One console, the game pass, and Live over 24 months. This means you can get the X or S consoles with the game pass for as little as $19.99 per month. 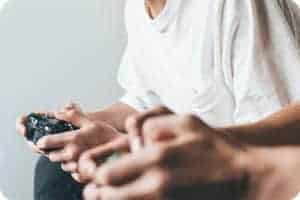 This monthly based bundle has the S console with 2 years of Xbox Game Pass Ultimate. The Xbox One S bundle will be $22.99 over 24 months, the X version will be $30.99 per month. Either way these are great deals that are totally worth checking out.

Special offer for the Scarlett upgrade

Normally that’s not possible, you just get the console and the passes, and then you live with them. That’s what really makes the Xbox bundles so good, because even if you don’t really play a whole lot of games on the X that you want to buy, the fact that you’re upgraded to the new console is pretty great.

Microsoft knows the Black Friday sales are coming, so they prepared this announcement beforehand. Console sales have plummeted since people know new consoles are coming next year. So this is a great way to sell consoles and give their customers a deal.

(An account is automatically created when you place an order.)