If you want to make the most out of a Steam purchases, make sure to get your Steam cards. And you’ll definitely need even more of those cards as soon as Steam implements its new set of features. Apparently, the primary focus for Steam right now is to add in even more great features for players, and that will include a way to play local multiplayer games over the Internet.

Why is this happening?

Steam is actively trying to add more features when compared to the Epic Games Store, and this feature has been asked for for quite some time. A lot of people play local multiplayer games, so having a way to connect with others as you prepare to play your favorite games is something 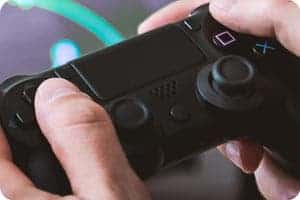 many are looking for. It’s a fun approach to engage with others as you play your favorite games.

It makes a lot of sense to add such a feature as people have been requesting it for a very long time. The technology is already there according to the Steam representatives, they just have to test it a bit more to ensure that it’s good for prime time. And once that is done, it should be easy to use and readily accessible.

Developers won’t have to do much work

On Steam’s dedicated feature page, they are saying that the feature will work automatically with any local multiplayer, split screen, and local coop game. That’s great, it will still function like a local coop game, but you can have your friends come from the internet and play along.

That’s a nice addition for Steam. They have been on a roll lately trying to add more features. It’s clear that the pressure and competition from Epic is pushing them to innovate. While the pressure is definitely on, it’s nice to see all these features come together and bring so much more value to their platform. We believe that a lot of people will find Steam’s new feature great, so preparing those Steam cards ready for this to be launched!