There’s a reason why we buy Spotify cards like crazy, we love the idea of streaming music and enjoying the content whenever possible. With Spotify, you really get to have fun listening to the music you want and it would also be able to show what you’re currently listening to on social media. Turns out that you can now do that on Snapchat.

Showing off your musical taste on Snapchat

The reason why Spotify decided to do this is because it’s a lot of fun to show off your music on another platform. Instagram already received support for this recently, so if anything, this is a bit late. But as you know, it’s better late than ever. 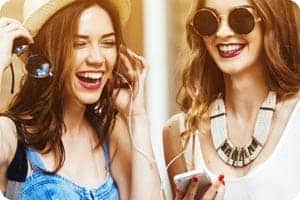 Snapchat’s integration with Spotify works really well. You’ll notice that it automatically creates a snap with the songs and albums that you’re listening to. And you’re allowed to share the podcasts, playlists, albums or just the song that you are listening to at the moment. And if you love Spotify as much as we do, make sure to check out their new Spotify Android app.

In case you receive a Spotify share on Snapchat you’ll be able to swipe up to start listening. This shows they worked hard to ensure that everything works in a meaningful way and the process itself is among some of the best no matter if they’re late to the party. There’s a system that will appear on Facebook Stories where you can do this if you want as well.

It’s a clever idea to have Spotify cards ready to go because this unique adaptation shows Spotify is continually integrating with the most popular social platforms. And it will surely be on most of them sooner rather than later. Which is great, because it’s a great platform. There are some nifty features to be had and this integration is quite impressive. Having Spotify integrated with Snapchat is nice and the new set of features is coming later this month!