Spotify is a great music platform, but now they seem to be hard at work on creating some hardware as well. The hardware they’re designing is a car smart assistant. It’s designed with the idea of helping Spotify learn how people are consuming audio while they’re driving.

The name for Spotify’s car assistant is Car Thing. It will plug into the 12-bolt outlets in cars, and then will connect to your phone via Bluetooth. You can activate it by saying “hello Spotify,” and then request the songs you want to hear. You’ll obviously need to link it to your account in order for it to work. But it does seems like it’ll work with those free accounts, which is good to know. And you can always get your Spotify cards to help you out with your purchases. 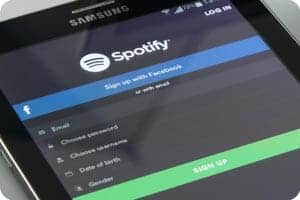 That being said, the design of this product is not exactly the simplest one out there. It has a circular screen on one side where you see what’s played. On the other side, there are buttons that help you access various presets. It might be intuitive to some, but it could take some time for others to get used to all the features.

It’s important to note that this is in the testing phase. At least for now, the testing ground for Spotify’s technology will be in the US. It might become worldwide, but that depends on how well it fares with people in the US. That being said, they ultimately want to remain the top audio listening platform in the world.

Will they focus on hardware from now on?

That doesn’t mean Spotify will focus on hardware from now on. They know that a lot of people listen to music in their car, so they wanted to make it easier for those people to enjoy their music in that environment. In fact, they have also began testing a new library that helps with podcast discovery, in case podcasts are your thing.

Is it possible for Spotify to bring their car assistant worldwide? While you can get your Spotify cards to enjoy music now, it seems that this piece of hardware will be restricted in certain areas, at least for the time being. Not only do they want to iron out potential problems, but they will also have to deal with some regional restrictions. Hopefully all these things will be ironed out so we can enjoy this great piece of hardware in our vehicles in the near future!