We all like the idea of playing games on our favorite console, and getting PlayStation gift cards to acquire more games is always a plus. But Sony is also thinking about the future of gaming, and now they are preparing the PlayStation 5. We still don’t know when the console will arrive, but Sony recently shared some characteristics we might be able to expect.

Sony is claiming that PS5 will support 8K graphics. But since current consoles, even the PS4 Pro barely support full 4K, it’s hard to see 8K support from a console. If anything, it might be upscaled to something more than 4K graphics. At the same time, it’s still nice to see that they are thinking about a substantial improvement. And while you’re waiting for better graphics with the PS5, you can always have some fun with PlayStations virtual reality games. 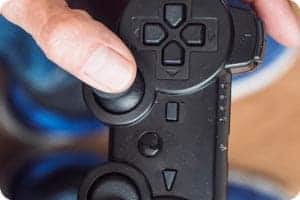 3D audio is expected from Sony which is great in the audio department. It’s hard to know if other products from them will use this tech, but it’s something nice to have either way. We’ll see if this actually comes to fruition once the console comes out on the market.

Games are requiring more and more space, and as we know SSDs are expensive. So we are not entirely sure how much storage we will get, but having an SSD in there is certainly helpful. This means more data processed quicker, higher FPS, and a great gameplay experience as a whole.

Sony said they are not doing this with the PS3, but they will offer backwards compatibility with the PS4 when the PS5 arrives. It’s a nice thing to have, especially since many of the PS4 games run great on 4K anyway and are optimized for such a resolution.

There are no words yet on the media features, or what games might come out when the PS5 launches. Some stated that Cyberpunk 2077, the Elder Scrolls VI, and other games will be launched when the console arrives. A lot of people are worried about the price as the aforementioned features seem to point towards expensive hardware. But that might not be the case. We’ll have to wait and see, but it’s safe to say that this will definitely be a great console!