We always expect top of the line results and good quality from Sega. But in recent years even if we have had Nintendo cards or Amazon cards, we don’t usually tend to use those on Sega products. The company has been more focused on its software initiative. But now they are launching a new Sega Genesis in the form of the Sega Genesis Mini.

What do we know about the Sega Genesis Mini?

There are some interesting things to note when it comes to the Sega Genesis Mini. What we like the most is the fact that this is very similar to a toy, yet it’s a console. It’s around 55% smaller than the original Sega Genesis. It’ll cost you $79.99 and all you have to do is put it in front of the TV and connect it with an HDMI chord. The unit has 2 USB controllers that replicate the original gamepads that Sega Genesis had. 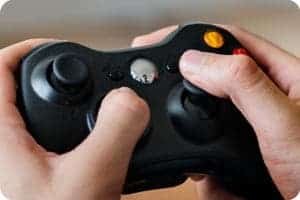 You will also get 42 games in total which is a pretty good deal. When compared to the PlayStation classic, it cost about $100 and it had a similar set of features, but less games.

Quality of life improvements and games

You do get some quality of life improvements that make this console very good for the money. First of all, you can hold the start button and go directly to the main menu without having to actually get up. The library can be seen in a bookshelf format, helping you store and see more games.

And then there’s obviously the list of games. You are going to love the game selection. There are tons of cool classics here, but some stand out such as Sonic the Hedgehog, Ecco the Dolphin, Gunstar Heroes, Earthworm Jim, Thunder Force III, Castle of Illusion and World of Illusion, Super Fantasy Zone, Shining Force, Comix Zone, Castlevania, Bloodlines and so on.

It’s safe to say that Sega Genesis is set to bring in a lot of nostalgia. It’s immersive, and the fact that this unit costs less than other Mini consoles is a definite plus. You should definitely consider giving it a try if possible, and it’s available right now!