PlayStation VR offers you one of the best ways to experience virtual reality on your home console. This is the only virtual reality experience that was created specifically for consoles. Other platforms are supported on consoles, but this one can’t be beat because it was made specifically for them. It works great, and you can use PSN gift cards to acquire games for it.

The performance of the PS4 Pro is a great fit for the PlayStation VR because you get all the features you desire with a virtual reality experience. One of the things that makes the platform so great is that it has plenty of games that are either in full VR or have VR support.

Lots of games to play 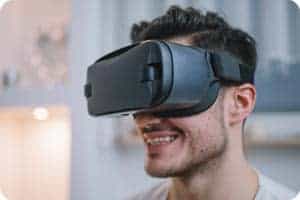 For example, with PSN cards you can prepare yourself for upcoming games like Iron Man VR. This game really seems to capture the experience of the Iron Man gameplay. Also expect Blood and Truth to be coming out, a game created to mimic the action of John Wick. And if you enjoy horror games, Five Nights with Freddy VR is one of the games that really manages to offer plenty of scares that you won’t want to miss.

Concrete Genie and No Man’s Sky are also actively trying to bring in lots of focus on exploration. NMS in particular is sure to be a blast, and having it in full VR will certainly add to the game’s appeal. There is even talk of Apex Legends coming out with a VR version of the game. There can be some things to figure out when getting into these games. But having them in VR is something that definitely shouldn’t be passed up.

VR games are coming in droves

VR is a big push for Sony because they don’t have many PS4 games. Plus, they also removed themselves from E3 this year. This really goes to show that PS4 will be more focused on VR games. That’s great because you get to have more control over how everything plays out with the entire process.

It’ll certainly be interesting to see where PlayStation VR will go in the next year or so. We expect a new console to arrive soon, but until then this set of VR experiences is set to bring in lots of great experiences!