Although Microsoft and Sony are known to compete with their consoles in the gaming world, the reality is that they both have similar interests. And we have an announcement that will make you want to buy some PSN cards and Xbox cards. Apparently, both companies are looking to collaborate in order to create some future cloud solutions.

The announcement of Google Stadia seems to imply that Google wants to enter the video game world, and both Microsoft and Sony might be scared by the competition. Still, having a collaboration between these two companies that we always saw as rivals is quite unexpected. We do expect them to clash as they work with one another, but for now it seems that they both have a great goal in sight.

Why is Sony working with Microsoft? Don’t they have their own cloud gaming platform?

Sony has had its PlayStation for a long time, but the platform isn’t too powerful. They don’t have a cloud 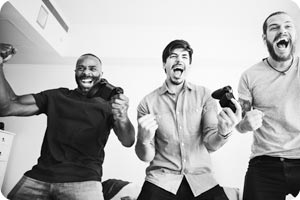 infrastructure like Amazon, Microsoft, and Google have. So they had to rely on working with Microsoft to get this project started. It’s definitely not the simplest thing out there, but it does push the boundaries a bit and that’s the thing that really matters, especially in a situation like this.

Through this deal, Sony gets to work with Microsoft to boost its cloud system and even leverage the Azure technology. None of the companies have native streaming services right now, and that’s a shame because there are many challenges that come from that. But the game libraries are there, everything is in place aside from good technology that will help with cloud gaming. And while that might not seem easy to do at first, the payoff can be huge as long as they end up doing it right.

Will this be a part of the next generation of consoles?

The next generation of consoles is coming. Based on what they showed, the PS5 is going to load levels a lot faster, so the processing power will be much improved (you can read more about Sony’s PlayStation 5 Specs). And we can expect the new Xbox to be just as good as well. Both new consoles are set to arrive in 2020 according to the latest estimates.

It definitely makes a lot of sense for Microsoft and Sony to work together. Microsoft does have Azure and this is a great platform for cloud services that can be adapted to gaming. Will it work well for gaming? That depends, but what we do know is that customers will be able to use it rather soon.

We do expect Sony to customize its own service despite using the Azure platform from Microsoft. But it’s nice to see both companies realize that it’s beneficial for them to work together in order to reach greater heights of success.