It seems that this is the perfect time to buy some Steam cards because Google is working with Valve to offer Steam support for Chromebooks. When you think about Chromebooks, you don’t really see them as gaming machines. Apparently Google is trying to make them such a thing, so it’ll be interesting to see how it all comes together in the end here.

Since these are low power devices, it’ll be interesting to see what type of gaming will be possible here. Mostly indies we presume, or games that don’t require a huge amount of power. Apparently, this feature will target the more powerful Chromebooks that have AMD processors. 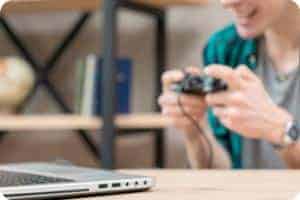 Casual titles and even some of the older games will run just fine on these machines. But something new can be extremely challenging and difficult, and that’s exactly one of the things that you’ll need to take into consideration. It’s certainly a great way to bring more people into the mix and embrace the technology we have available.

What games will be playable is hard to say. But as we said, older titles are definitely a target here. Hopefully more and more people will get to play classic games, and if they can adapt some of the newer titles to work on Chromebooks that will certainly be amazing. These are the tools of choice especially for students, but some complained due to the lack of gaming features. It’s nice to see that Google strives to offer some support.

We like the fact that Google is focused on offering more support and value to customers, it’s a great idea and it certainly comes with amazing benefits for users. At the end of the day, you are paying for a computer, so you want to make the most out of it. Just try to give it a shot, use it wisely and you will find that it works incredibly well.

Overall, the idea of having Steam on Chromebooks is definitely making us buy Steam cards. It’s a great opportunity and it will bring in front some interesting ways to push things to that next level. You will find it quite interesting to see that Google is working towards making Chromebooks more accessible and rewarding, so you should totally consider getting one especially if you want to also game on it at times!