This week, we are featuring Stefan from Serbia! We sent him some questions to learn a bit about what he loves most about gaming, and how he’s using our PSN cards.

How old are you, and where are you located?

Tell us something special or unique about where you live, or why you like it?

In Belgrade (Serbia) we have amazing food, great parties and beautiful weather – the city is always alive. But what stands out the most are definitely the people and our hospitality – we are always up for having some fun, and you cannot say no to some good Rakija 😀 I personally live next to a huge forest, and I love having fresh air while being just 20mins from the city center. A fun fact regarding Belgrade as a capital – Serbia has officially ‘owned’ it the least cumulative time in it’s history, which tells a lot about how many nations and countries occupied us during our history which goes back to the 11th century. But we always prevail. The most unique thing though is probably Yugoslavia, and I really recommend you Google it – an incredible history lesson. There’s also this thing about our language – it is the only one in the world where you write the words as you say them (and vice-versa), so there’s basically no spelling as such. But the grammar is really hard 😀

What kind of system/console are you gaming on? (Generation, Tech specs, etc)

PS4 99% of the time, but I do play Red Alert 2 (Mental Omega 3 mod) on my laptop. (And in case you’re into Xbox, they’re coming out with two new consoles next year.)

What is your gamer tag?

How long have you been gaming?

What was your first video game? Tell us your favorite story about it.

It was Sonic on Sega. I remember I had three cartridges at the time, Sonic, Aladdin and I think NBA Live 95, but I played Sonic the most by far. It took me a couple of months to get to the final level and the showdown with Doctor Robotnik. If I remember correctly, the level was basically a bridge which Robotnik was gradually destroying, and since the screen was locked from moving left to right, you had to defeat him before he destroys the bridge completely. I played that level for a couple of days on and off, got close to winning a couple of times, but alas was failing over and over. I got so frustrated that I started yelling loudly every time I would die, which my mom heard and would come to the room to see what was happening. I explained my problem, she grabbed the joystick and defeated Robotnik in her second or third try. I was baffled honestly, but I love it – my mom not even knowing what exactly she did, in such an iconic game.

What games do you currently play? 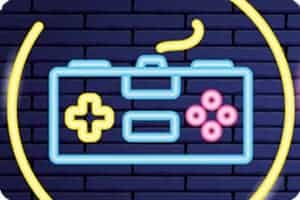 How much time do you currently spend gaming?

On average an hour or two a day, but I try to manage a half or full day gaming sessions at least once a month.

Have you entered any gaming competitions? If so, which ones?

Not really. I did play American football professionally for 5 years, so I never did have a drive to compete in video games with anyone besides my friends – I use them to relax and explore the worlds as well as myself.

What in your opinion makes for a good video game?

I would say primarily a good narrative. It really depends on the game, but it all comes down to the story the game is trying to convey. It’s like when you visit different cities, and some of them have a soul and a ‘real’ story, while others seem artificial regardless of how impressive they are or how tall they make the buildings. The cities that you feel most comfortable in are those which have something concrete to say, they have a story, and they expand and grow based on the needs and wants of the humans living in them, not because a city government decided to build a huge skyscraper primarily because it will make money. It’s the same with video games. In the case of games which do not need to rely on the narrative per se (such as Rocket League or CoD multiplayer) it comes down to how the mechanics and the whole player UX is implemented, and what drives me to play the game – the incentives, the intrinsic (or extrinsic) value I get from playing and progressing, and so on.

What are your thoughts on Console gaming vs. PC gaming vs. Mobile gaming? Do you have a favorite?

Console gaming is my favorite for two reasons – affordability, meaning I can buy a console and play it without upgrades for years) and ease of use, meaning I do not have to ‘reinstall’ my console like I do my PC every year or a couple of months because reasons. When it comes to PS ecosystem specifically, I see Sony as a good guy in general, both in the terms of service and pricing, and it just suits me perfectly. That said, PC is a master race when it comes to performance in general, and that will stay the case until we move on to purely streaming games or something similar. When it comes to mobile it’s just not an experience I’m looking for. I would say it lacks the immersiveness I strive for when I play games – a small screen just doesn’t do it for me, and I do not like to play games to pass the time but to enjoy them like a good book (in the case of Outer Worlds for example) or to completely focus on the play (in the case of Rocket League), which I just cannot do on mobile on the move. And if I’m home, I have my PS4, so  I rarely play games on mobile.

What feature would you like to see added to the current gaming environment?

NFTs for sure. My kick-ass gun can become my kick-ass car in a different game – how awesome is that? 😀 But we still have some ways to go until we get there. It would be awesome for me primarily because the reward of playing any game would be that much greater, apart from me playing it because I like it for whatever reason, regardless of the rewards and incentives.

Why do you use MyGiftCardSupply to purchase gift cards?

I used to go to G2A for my gift cards, but we all know how that platform ended up. A friend of mine told me about you guys, and once I tried it that was it – the fees are acceptable, the service is perfect, and most importantly – I trust you guys 🙂

What other things interest you, besides gaming?

I’m a business developer, so I like systems analysis of any kind – even if it is not tied to my work directly. I’m currently with the blockchain development studio (mvpworkshop.co), so I would definitely add blockchain as well. Besides that, I play a lot of sports (from beach volleyball to skiing), I’m making my own board game with some friends, and I love sci-fi in general – the 20 year remaster of Star Wars When we had a census in Serbia in 2011, I registered my official religion as ‘Jedi’, and I have a Jedi insignia tattooed on the back of my shoulder, so that says a lot about me 😀

If you’d like to find out more about Stefan check him out on Instagram: @dzedajev (it means ‘the one who belongs to the Jedi’ in Serbian)

Thank you Stefan for participating in MyGiftCardSupply’s Gamer Customer of the Week!

All of Stefan’s friends and family can use the coupon “STEFAN5OFF” to get 5% OFF on their next purchase on our site!