Xbox launched the Game Pass on PC, but at the same time it also created the Game Pass Ultimate. The Game Pass Ultimate has the Game Pass Xbox (the one for PC) and also Xbox Live all wrapped into one package. You can purchase it for $14.99 a month. If you were to buy them all separately, it would cost you double that much. If you’re already using Xbox cards and you’re the kind of person that likes to read a lot, then the Xbox Live experience is definitely one you’ll want to check out.

Can you save even more? 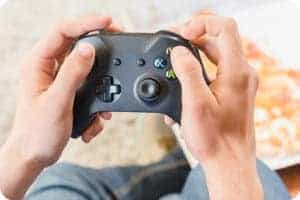 How can you do this?

Ideally, you’ll want to buy the Xbox Live Gold Subscription. It’s a good idea to opt for the 12 month increments, especially if you can find them on sale. You’ll want to add this to your account. Once you get that, you’ll be able to take advantage of the $1 Game Pass Trial. And it will automatically convert the Xbox Live time that you have into Game Pass Ultimate. It’s a really good way to save some money. The best part is that you can actually play games on your PC, or share your Windows Xbox account with a friend. One thing to keep in mind is that the offer is only for a limited time, so don’t waste any time!