It’s a good idea to get your Netflix cards as quickly as possible as there’s a lot of stuff coming to the platform in October. Disney Plus and other competitors are lining up to launch soon, so you can imagine that Netflix is trying hard to bring in as much content as they can. And it might very well be worth the effort, as the Netflix platform is bringing some heavy hitters.

Netflix is bringing some really nice stuff like the Nikki Glaser: Bangin’ special coming at the beginning of the month. Living Undocumented is another good piece of content, this is a documentary series designed to talk about immigrant families coming to the US. 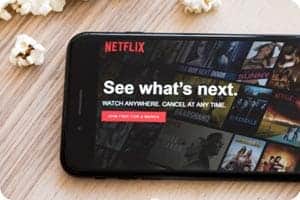 Big Mouth: Season 3 came out October 4th, this is a favorite for a lot of people. There’s also a new season of Creeped Out as well, which might very well entice people to take better care of their personal information.

Peaky Blinders: Season 5 is also coming to Netflix, which is great for a series that has such a lot of caliber. It’s extraordinary and quite impressive. This will be accompanied by the Raising Dion Series and Super Monsters Season 3.

Tons of stuff to look out for

Haunted: Season 2 is offering us a new place to explore and even more scares than before. They are also doubling down on new movies, with Dark Crimes, Banlieusards, Sinister 2 and The Karate Kid being some of the great examples. Some other standout content for October on Netflix includes Interior Design Masters,  The House of Flowers: Season 2, Seventeen, Toon: Seasons 1–2, Unnatural Selection. Greenhouse Academy: Season 3 is also joining the platform.

It’s safe to say that there will be tons of challenges to come by for the platform in the months to come with all the new competitors. But for now, Netflix is doing pretty well and it’s bound to bring in lots of great content to audiences.  There’s plenty of stuff to enjoy until the end of the year!