Netflix is getting quite the competition later this year with Disney Plus as well as the new Apple TV Plus. It seems that a lot of companies are doubling hard on the idea of getting content done exclusively and making people get accustomed to their platform. And that’s what Apple TV Plus is trying to do, with some original content and some interesting services.

Apple wants your iTunes cards and money, and they are launching their Apple TV Plus the same month as Disney Plus. While the launch array might not be the best, Apple is confident that its content will be great. However, they’re only bringing 5 shows in total. The Morning Show which 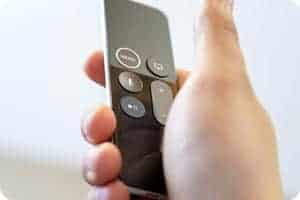 will have Jennifer Aniston and Reese Whiterspoon, See which is featuring Jason Momoa, Amazing Stories which is a revival from Spielberg, a documentary series called Home, and also Truth be Told with Octavia Spencer.

That’s not a lot of original content, especially considering that it’s competing against Disney’s launch date. But we can expect Apple to get some exclusive rights. We know they have the rights for Peanuts and they are planning a Snoopy educational show.

Initially, Apple wanted to spend $1 billion on original content, but they are focused on original content creation so they upped that number to $6 billion. It’s also rumored that they are expected to get $50 billion in services revenue in 2020, so Apple TV Plus is an integral part of making that a reality.

There’s no bundle service coming at this time with Apple TV Plus, so you’ll have to pay the $10 and simply enjoy the service. That being said, Disney Plus is coming with a great bundle package that has ESPN and Hulu, so hopefully Apple will reconsider and come up with a bundle package in the future. And for all you gamers out there, Apple TV will support Xbox One and PS4 controllers!

Either way, more competition in the streaming world is important for consumers. It allows us to enjoy the experience even more and have a wide array of shows to explore and enjoy. Plus, you can easily cancel and rejoin at any time. There’s no hard launch date for now, but we do know Apple TV Plus will appear November 2019.