We like the idea of having bundles when it comes to digital content, as it makes it easier for us to choose what to use, when to use it, and so on. All those little things do matter. We like iTunes cards, we get them often, but Apple doesn’t really seem to care what the competition says or does.

Why is bundling important?

At this time, the main issue for Apple is that they are offering their new Apple Arcade and Apple TV Plus services at $4.99 each. The challenge with each one of these is that the company doesn’t allow you to subscribe to this as a package deal. You will need to acquire each service separately. This defeats the purpose that a lot of people have, and that is to save money on a good deal. However, if you’re into gaming you’ll love that Apple TV Xbox One and PS4 controllers. 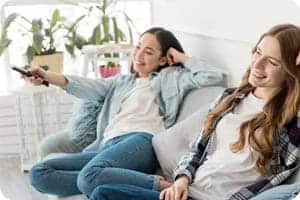 Disney is already bundling their Disney Plus with ESPN and Hulu for close to $12.99, and that’s a pretty good deal as it would definitely cost more if you got them separately. Even Amazon has its own set of bundled channels with Prime Music, Video and so on. Netflix doesn’t have such a bundle, but then again they just have one service.

The challenge with bundles here, is that Apple doesn’t want to force people into a bundle. But there are people that would prefer a bundled package, and in this case it might be a problem that Apple is not sharing any bundle ideas.

Amazon and Disney both have the same idea, which is to grab a lot of subscribers and then offer them insane value and results. Apply TV+ is very similar to Disney Plus or Amazon Prime, but the lack of a bundle could hurt how many customers come there way.

While Apple has a lower price with its service, it also doesn’t have a lot of exclusive content. Disney invested a lot of time and effort into Disney Plus. It’s double the price, but many would argue that it’s worth it. Apple needs to understand that bundles are going to bring in even more subscribers, and creating the right bundle is pretty much pivotal at this point, if they want to step ahead in the streaming wars. Otherwise Disney and Netflix will defeat them once and for all.